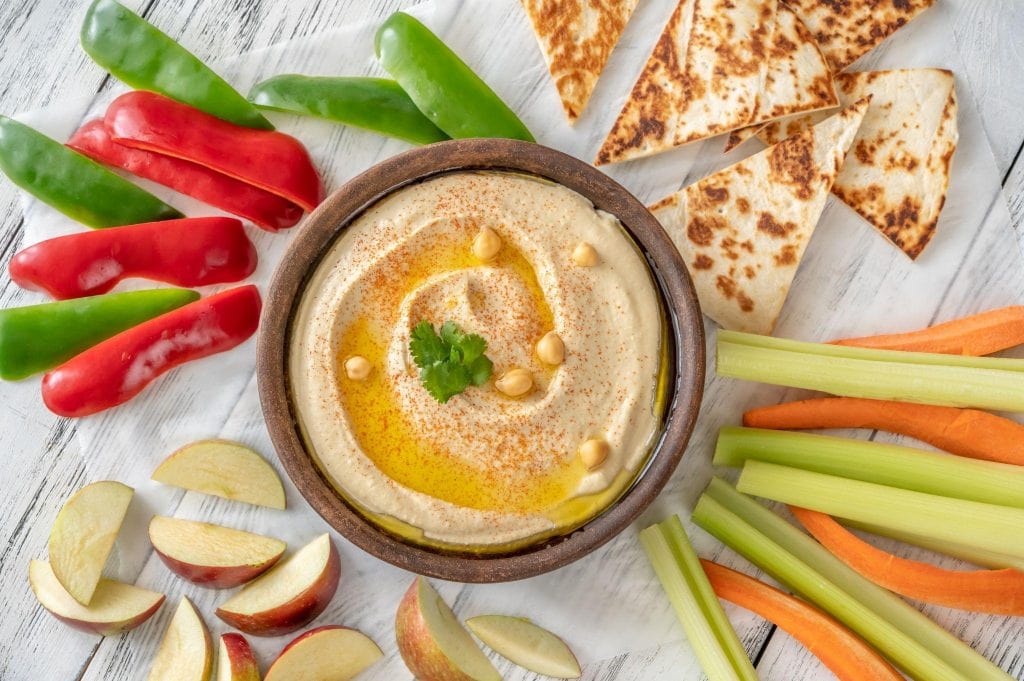 Hummus is a Middle Eastern dip made from ground chickpeas, tahini (a paste made from ground sesame seeds), lemon juice, and spices. It is a popular food in many countries, including Egypt, Syria, Lebanon, Jordan, and Palestine, and is now enjoyed all over the world as a healthy and flavorful addition to any meal.

One of the main reasons hummus is so popular is because it is incredibly nutritious. Chickpeas, the main ingredient in hummus, are an excellent source of protein, fiber, and various vitamins and minerals. They are also low in fat and calories, making hummus a great option for those looking to maintain a healthy weight. Tahini, another key ingredient in hummus, is also high in nutrients and adds a rich, creamy texture to the dip.

Hummus can be enjoyed in a variety of ways. It is often served as a dip with pita bread, vegetables, or crackers, or used as a spread on sandwiches and wraps. It can also be used as a topping for grilled meat or vegetables, or added to salads and bowls for added flavor and protein.

There are many variations of hummus, each with its own unique flavor and ingredients. Traditional hummus is made with just chickpeas, tahini, lemon juice, and spices, but variations may include ingredients such as garlic, roasted red pepper, sun-dried tomatoes, or even avocado. Some people even add a drizzle of olive oil or sprinkle of paprika on top for added flavor and presentation.

In addition to its taste and nutritional value, hummus has several other benefits. It is vegan and gluten-free, making it a suitable option for those with dietary restrictions. It is also a great source of plant-based protein, making it a popular choice for vegetarians and vegans.

Hummus is also incredibly easy to make at home, with just a few simple ingredients and a blender or food processor. To make traditional hummus, simply blend together cooked chickpeas, tahini, lemon juice, garlic, and spices until smooth. You can also add any additional ingredients you desire, such as roasted red pepper or sun-dried tomatoes, and blend until well combined. The result is a delicious and creamy dip that can be enjoyed immediately or stored in the fridge for later.

Despite its popularity, hummus has faced some controversy in recent years. Some have claimed that hummus is not a traditional Middle Eastern food, but rather a Western invention. However, evidence suggests that hummus has been enjoyed in the Middle East for centuries and was even mentioned in ancient Egyptian texts.

Regardless of its origin, hummus has become a beloved food all over the world and is enjoyed by people of all ages and cultures. Its versatility, flavor, and nutritional value make it a staple in many diets and a welcome addition to any meal.

PrevPreviousHow to Make Hummus –
NextThe Most Popular Food of the Middle East: ShawarmaNext

Call for a quote

Call for a quote